If you haven't checked out my link to Masked Avenger Studio by now... well you should have! Masked Avenger Studios is founded by my friend, and former supervisor, Ruben Procopio. Ruben has had a rich history with Disney Animation Studios as a sculptor, character designer, clean-up lead, animator... you name it he's done it. Ruben started working for Disney Studios at the age of 18 and was trained under Eric Larson, one of the "Nine Old Men."

I knew Ruben had a long history with Disney when I started working with him. But what I didn't know at first was that Disney is a family matter for the Procopio's. As it happens Ruben is a "chip off the old block," the proverbial "apple" that didn't fall far from the tree and Ruben's sister Vivian also worked for Disney for 16 years, first in the IRC (Information Research Library) at Imagineering and then at the ARL (Animation Research Library.) 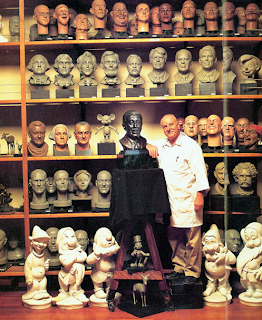 Meet Ruben and Vivian's father Mr. Adolfo Procopio, master sculptor and Imagineer for over 35 years. The average Disney fan may not know it but Adolfo's creations have been literally staring you in the face for years. Adolfo started at Disney in the 1960's and has had a hand in the creation of Disneyland, Magic Kingdom, Epcot Center, MGM Studios, Tokyo Disneyland, and Disneyland Paris. Adolfo has contributed to almost every classic Disney ride that we have all come to know and love like the Haunted Mansion, Jungle Cruise, Space Mountain, Splash Mountain, Spaceship Earth, Universe of Energy, The Great Movie Ride (Humphrey Bogart) , American Adventures, America Sings, and Pirates of the Caribbean (just to name a few). 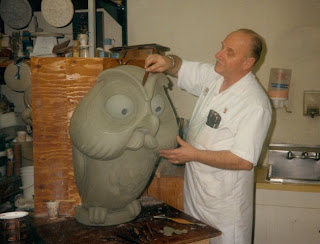 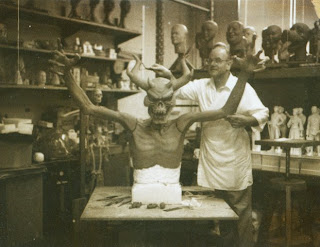 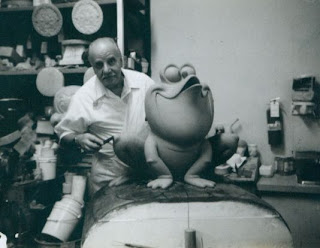 One of the highlights of Adolfo's career at Disney is a portrait of Walt Disney himself. It was created using an old art form where a slab of black granite is taken and using specially tipped tools the surface is hit and tiny molecules are broken off creating a white effect on the marble. The result is like a negative with tens of thousands of little points, all done by hand, that form the final image. The piece was intended as a gift for Walt Disney, it took almost a year to create, but unfortunately Walt passed away before its completion. The Disney family promised to put the piece in a prominent place and it has hung in the entry way of the original Animation building on the studio lot in Burbank ever since. 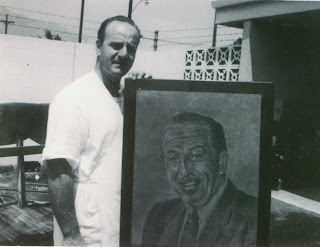 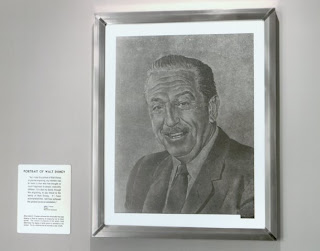 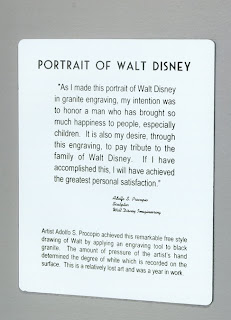 Our hat's off to one of the untold legends of Imagineering history- Adolfo Procopio. Thank you Adolfo for your amazing work and dedication to all the "Happiest Places on Earth." I know your work will continue to inspire and entertain for generations to come. If you'd like to see more of Adolfo's work there is a great slide show at the Masked Avenger Studio's website. 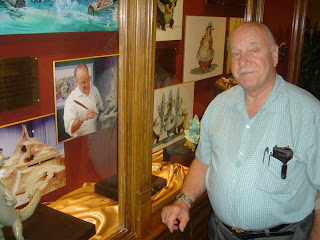 (Please be respectful of these unique family images that have been shared for this post. No images may be copied, removed, or reused without consent of Masked Avenger Studios. All characters are property of their respective owners.)
Posted by Mr. Lincoln at 10:00 PM

Thanks for the great post about a very talented man.

I just got a silverplated bell with Adolfo Procofios signature engraved. I would like to know who the sculpture is of?

What an amazing story about an amazing man! Truly a legend and so proud to know he was a fellow Burbanker!