You've all seen versions of this floating around, so I thought I would make my version of it. Grab a copy and enjoy- just remember you saw it here first!
Keep Calm And... 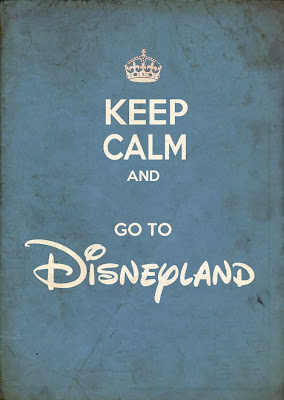 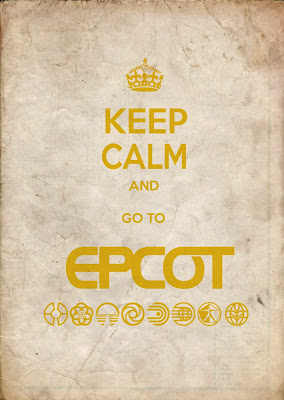 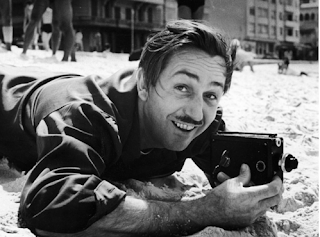 Earlier this summer my Dad asked me if he'd ever told me the story of where he was when Walt had died. For some reason that story had slipped through the cracks. It's a very picturesque story, I had never thought about the effect Walt's passing would have on the generation that grew up with him as a persona first hand. My Dad has been kind enough to retell it again and I thought it fitting for today.

"As you know, my family moved to Anaheim when I was in the second grade (about 1952). Our little house was only a couple of miles from where they built Disneyland. We went to the park fairly often. Getting in the gate wasn’t a big expense (the original gate price was a buck!), because each ride required a separate ticket. From an A ticket to an E-ticket the coupon books were a passport to what was for me, indeed, a magic kingdom. One advantage of being a local kid was that we would often end our day hanging out near the exit gate, where people from out of town, or out of state, would often look into our little waif-like eyes and give us their left over cupon books! Tom Sawyer’s Island was a “cheap ticket” (I don’t remember which, but near the bottom in value) and so for a buck and one ticket we could spend the day playing on Tom’s Island! There was even a way to sneak into the park – but I’ll go to my grave with that secret! I’m sure the security is much improved these days, and I’m too old to climb fences.

I grew up as pretty much a poster-kid for the generation that “lived” the Mickey Mouse Club, the Disneyland TV show on Sunday nights, and “The Wonderful World of Color” a little later on. Spin and Marty, Davy Crocket, Mike Fink and his keel boats, and the Hardy Boys were my after-school fare. And while going to Disneyland was always special – it was also a normal part of my kid-context.

For my entire growing-up life, Walt Disney was there and a major influence in what I did, watched and loved. He was in institution, even though at that age I didn’t know what an institution was. He was an ever-present good thing in my life that I pretty much took for granted.

I shipped out to Viet Nam on November 3, 1966. Our troop ship arrived later that month and from going ashore through early December we pushed further north into the northern half of South Viet Nam. Needless to say, the adjustment from civilian life to a wartime environment, from American culture to a starkly primitive (where I was located) Asian culture, was a HUGE shift in my reality. We were also in the monsoon season and it was humid, wet, mud-up-to-your-butt, nasty weather conditions. Add to that my being assigned to a unit were all of the others were from Chicago and Philly and New Jersey! My southern-California-self felt as though I were a foreigner in my own “American” Army unit; in a strange land; with strange weather; with people trying to kill me. Not a real high point in my life. (Smile) There was a lot of adjusting, questioning, and wondering going on internally as I worked hard to do well externally.

As the Christmas holiday approached the weather worsened, the general conditions deteriorated, and “interior ponderings” deepened.

The military publishes a news rag called “Stars and Stripes,” that was delivered along with sundries packages (tooth paste, shaving cream, candy – that kind of stuff) that were air lifted in to us, or dropped from planes overhead if the landing conditions were non-existent.

That sets the stage.

It was getting dark one evening, I was literally up to my knees in stinking mud, soaking wet, dog-tired. Doing OK, but not especially great, and doing my best to make that adjustment to a world turned upside-down in general. It was Christmas Eve. Someone in our compound had put a couple of home-made Christmas ornaments on a very pathetic looking Charlie Brown, three foot tall palm-Christmas tree. It was more sad than either funny or cheerful. It was then that someone handed me the latest issue of “Stars and Stripes," and in it was the announcement of Walt’s death. I can still remember exactly where I was standing (rare for me) and how I felt. It was like someone had said that Santa Claus had died. Impossible to contemplate on the one hand, and tragic in a “deep place” on the other hand. It didn’t seem possible. I can remember thinking distinctly that, given the circumstances this was just about the bottom of life’s barrel. I was deeply sad for a couple of weeks. I’m still sad when I think of it . . . I had never really thought much about the man. I had always taken what he had provided to enrich my life for granted. And now he was gone. I felt as though I had known him personally, somehow, and the loss was very real. I suspect the same is true for many of my age."

It's been a crazy year! Work, family, kids, commute... I'm in total denial it's November already.
I plan to get back in the saddle a bit more, so for the one or two of you who still drop by- stay tuned. I have handful of posts that I never managed to finish (it's literally been years) as well as many ideas and thoughts I've yet to cover.
There's a great big beautiful tomorrow...
Posted by Mr. Lincoln at 4:21 PM 1 comment: 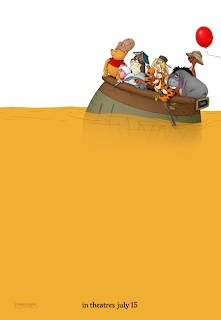 Tomorrow Disney releases the latest Winnie the Pooh movie. Now don't get me wrong, I love 2D, I love old school, and I will see this movie but I have to predict this thing is dead on arrival. It's almost as if there is a death wish for Disney 2D animation.
Winnie the Pooh vs HP7
Princess and the Frog vs Avatar
Oh dear!
Of all the movies you would want to avoid with in the last 10 years I can't think of anything worse to release against. Who in their right mind decides to put out Winnie the Pooh, a DVD offering as far as the public is concerned, the same weekend as Harry Potter? The idea that families will see this as an alternative is asinine for many reasons and so is the myth that it has to with maintaining the rights.
Posted by Mr. Lincoln at 8:38 PM No comments: 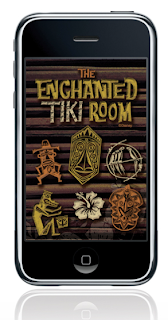 If you haven't jumped over and and taken a look at Richard's DesignerLand site- do it!
He has a line called Retro 71' with all kinds of cool designs based around retro Disney World apparel. He does amazing case studies on the typography of all the parks and rides and he has soundboards for certain rides- something I've been wishing Disney would do for a long time. This is the exact type of thing Disney needs to start getting on board with.
Hey Disney hire this guy!! And have him redo your parks website while you're at it.
Posted by Mr. Lincoln at 8:09 PM 1 comment:

Hipstamatic is one of the most fun camera apps available. It makes taking photos almost addicting. With the square format it's almost hard to take a bad picture, and it makes your photo look old school- what's not to love. Here are a few from Disneyland, I'll post some WDW ones later in the week... 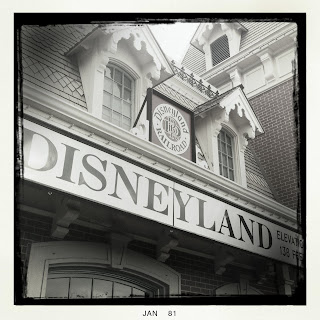 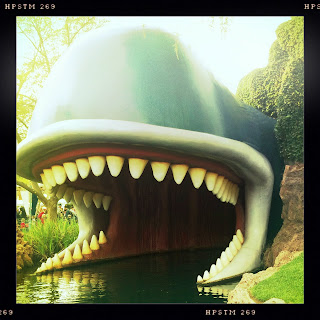 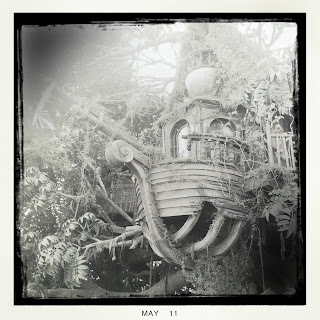 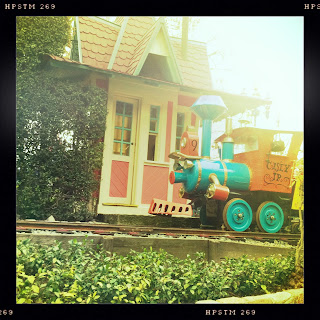 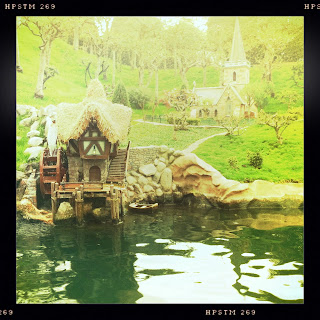 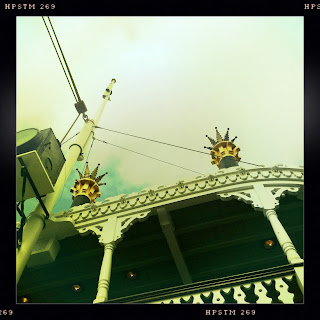 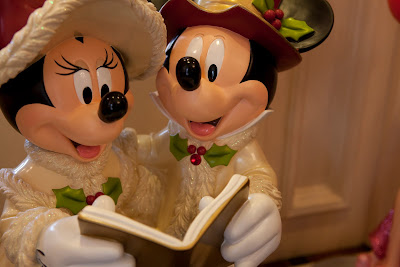 Merry Christmas to all, and a Happy New Year!
Posted by Mr. Lincoln at 2:34 PM 1 comment: